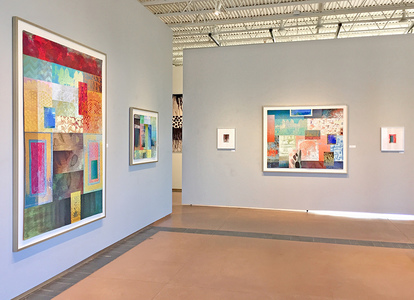 India Through Beginner's Eyes: Recent Textiles by Michael James
May 4 - 25, 2018

"First time travelers in an unfamiliar country see with fresh eyes, with “beginner’s eyes”. They may not always see beyond the surface or with real penetration, but they tend to notice the unusual in the ordinary, the remarkable in the overlooked, the beautiful in those things taken for granted by others who possess longtime or daily familiarity.

So it was for me during my first trip to India in late 2016. In each of the cities and towns in which I found myself, what most attracted me was the vernacular architecture of those places and the detailing, often eccentric and improbable, sometimes accidental, that distinguished one building or alley or interior courtyard from another.

At sites more formally planned and constructed, whether places of worship or governance or commemoration, places associated with past histories or with the spiritual lifeblood of the communities built up around them, I found equally intriguing architectural features. They all seemed to embody the purposefulness of the people whose hands had crafted them and whose comings and goings had left layers of marks, textures and colors forming a kind of patina over the physical elements of the scene, of the built environment." 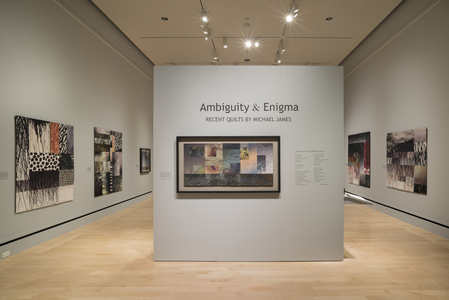 "The work explores the fluid borderland between the physical and metaphysical worlds, a territory that James has long described as his comfort zone...James addresses the very personal yet universal questions of mortality and grief, and what it means to live, to love, to lose and to remember.
Installation photos by Larry Gawel. 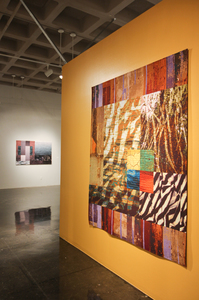 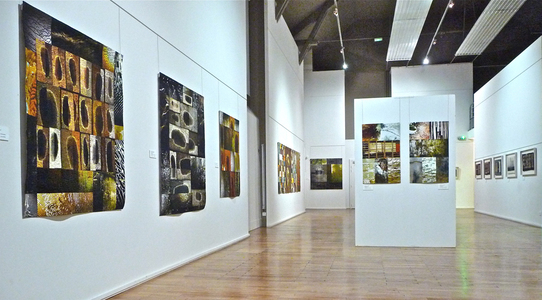 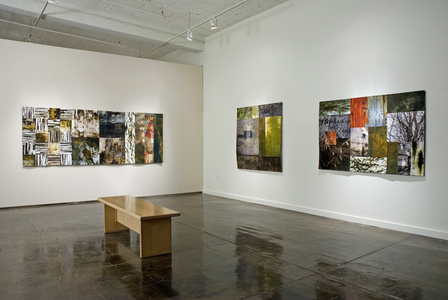 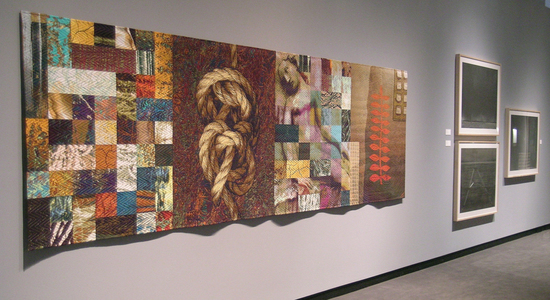 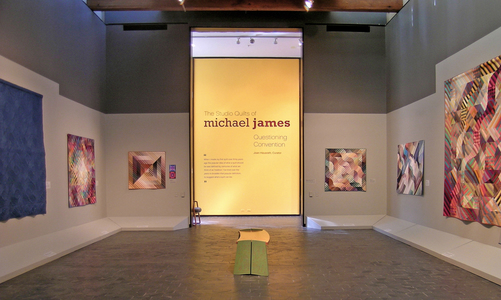